Cultural Identity and the African Diaspora

Mar 10, 2016 08:00AM ● By Adrienne Tingba
As an African living in the U.S., I feel constantly torn between allowing myself to assimilate into the American culture, while still trying to keep and practice my own culture.

Upon moving to the U.S., I initially felt very lost. I was a stranger to this new land whose people were not exactly accepting of my culture, but expecting me to immediately assimilate to theirs. This feeling, and expectation, can be very difficult to handle for most Diaspora Africans, which is why there are some who decide to either completely reject the American culture, or let go of their African culture.

There are some, however, who decide to integrate both cultures because it is quite difficult to live in a land completely rejecting its culture and values, or let go of your own when you are surrounded by it through your family and friends. It is difficult, in general, as a Diaspora African, to develop a cultural identity with so much pressure coming from both ends of the spectrum.

While interviewing individuals on what their cultural identity is, and how they came to determine it, I too began thinking about mine. Deciding my cultural identity as an African in America is something that proved very difficult for me upon my relocation here. It was difficult because trying to accept the American cultural almost felt like a betrayal of my own. I initially felt like the two could not coexist within me because I am not only an African by blood, but also by soil, and letting go of my history, of my language, my style, my values, my passion, of all of which made me essentially was absolutely not an op- tion. Upon a great deal of reflection, I decided that there was no reason to deny my African culture in order to acculturate to that of America. My cultural identity can include all of the cultures which have had a great deal of impact on my life, and that includes both my African and the American culture.

In conducting the interviews of Diaspora Africans, I decided to include ones born on African soil like myself, ones born to African parents on American soil who identify with the African culture, ones who are conflicted between two or more cultures and ones who do not quite identify with one or the other. I asked these individuals what cultural identity means to them, what they feel their cultural identity is, and how that has impacted their lives.

Responses of Americans from Liberia

In my eyes, cultural identity is the combination of where you are from, where your family is from, and your beliefs. These characteristics individualize us and make us who we are. As for me, I am an American, born and raised. Therefore, I believe in all you can eat buffets, and fast food. Being that my family that raised me is from Liberia, I am only truly fulfilled once I have eaten a bowl of rice.

On the other hand, my roots also go to Italy, which explains why the smell of fresh tomatoes satisfies my every desire. My cultural identity is all of those cultures combined to make me who I am. It distinguishes me from others, and without that specification, I would not have a true identity and uniqueness. 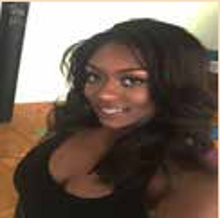 N. Riggio
Cultural identity to me is knowing oneself; a shared sense of companionship that involves the same beliefs, interests, and basic principles of living. The place of my birth is Liberia, but I moved to Ghana in my early years for some time before moving to the U.S.

From Liberia, I got my home training and values. My mother made sure to raise her children with the same principles from Liberia, despite us living in America. More recently, I learned that I am from the Lorma Tribe in Liberia, which explains why I love the dishes I love. My cultural identity is a Liberian American. 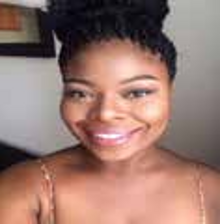 Being raised in America with a Liberian family, I got to experience all of the holidays with a Liberian twist. For example, during 4th of July, Americans typically go to see fireworks, to concerts, and a BBQ. I get to do all of those things and have Liberian food!! I love having the ability to identify myself as Multicultural. 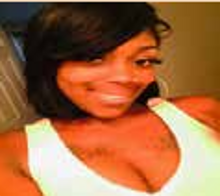 I identify as culturally hybrid. I was born and raised in Liberia and the Ivory Coast for ten years, then moved to the U.S. At the age of ten, my father brought my older sister, stepmother and I to seek refuge from the Liberian Civil War in 1996. Although I was born and raised Liberian, I identify as a Liberian American because I am a U.S. citizen and have spent the most part of my years here in America. 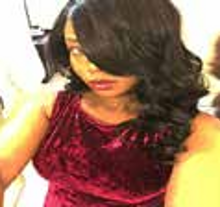 Culture to me is the fact that I am a Liberian, but feel Jamaican at heart. I love everything about the Jamaican culture--their dance, their language, their music, and their lifestyle in general. I identify with the Jamaican culture more than I do with that of my Liberian and American sides because everything about it makes me truly happy, and that is what I believe really matters. I love being Liberian and America, and would never deny it. I love that I get to experience those two parts of me, but I also love that I have been influenced by the Jamaican culture and am able to identify with all of them, instead of being limited to only one lifestyle.

From these responses to my questions, and from my own battle with finding my cultural identity, I know that it is, indeed, a battle. Being a Diaspora African can be very difficult in terms of finding oneself, or integrating and assimilating, but based on the above responses and my own experiences, I see that it is more common to bring together the cultures, instead of completely rejecting one for the other.

It is, after all, more of a disservice to oneself to reject everything from one culture for the other. After all of my experiences being an African living outside of Africa, I now understand not only what cultural identity is, but more importantly, what my own cultural identity is.