From Lost To Found: Removing The Stigma Of Mental Health Issues and Finding One’s Way Through The Film, Perdido In the words of Michelle Obama, “Too often, the [negative] stigma around mental health prevents people who need help from seeking it.”

As a Black woman living in a world that scoffs at the thought of seeking help for mental health issues, the words of the former First Lady hit hard.

On a personal level, my experience has been one that says therapy is not for Black people, that crying as a form of expression shows weakness for any gender, boys who cry act like girls, girls and women who cry are too emotional, and real men don’t cry. Let’s not even start on mental illness. The stigma across any culture is brutal.

It seems to be especially difficult for boys and men because society expects them to be macho and strong. Unfortunately, those do not include crying or expressing sadness. From my standpoint as a Jamaican, the offensive name-calling for boys and men cut deeper than knives and bore holes, figuratively, more harmful than bullets ever could. As a result, I have seen boys and men suppress their emotions and suffer alone.

Surely my experience isn’t novel, nor is it unique. I am certain that more than a handful of persons reading this can relate on many levels. There’s a problem with that because as a people, we have accepted this as our way of life and very few of us seek to challenge this norm.

One person actively addressing the issue is Muhammad Bilal, founder and creative director of Bilal World Entertainment. Mr. Bilal is also a writer and director who has successfully guided the production of the short films, The Blue Cave and Sapo. He and his team are independent filmmakers.

Bilal has partnered with Black Men Heal to create a short film increasing public awareness about the pressing need for Black men to have greater access to mental health support and to stop their silent suffering.

This new film is called Perdido and it translates from Spanish to English as “lost”.

Perdido is a short film about a successful Black man, Amir Rashad, who reluctantly seeks therapy after suppressed memories from his childhood are triggered after he watches his best friend be shot by police. What immediately ensues are flashbacks and nightmares that force Amir to re-experience traumatic memories from his past.

As a result of the stigma against mental illness and treatment, he opts to suffer in silence and avoid anything that triggers those memories. But as news reports and protests centered on police brutality become impossible to avoid, the mental anguish takes a toll on his health. Begrudgingly, Amir turns to therapy to unpack it all and begins his journey of healing.

“The title was chosen because to suffer in silence in a world where you’re not sure how to seek help for your mental health issues leaves you in limbo and can ultimately cause you to feel lost. Your self-worth comes into question and you also wonder what your purpose is in life,” Bilal tells FunTimes Magazine.

“I was taught as a young boy that being a man meant to always handle your emotions alone. A lot of Black men still hold this unhealthy belief, and they continue to suffer in silence as they carry around overwhelming emotional baggage for years. This is the biggest motivation behind this film: we want to raise awareness on these very issues and remove the stigma so more Black men can begin to seek help,” Bilal continues.

Perdido, like The Blue Cave, is an independent film, and as a result of that, the resources for the production team are not as far-reaching as those for big-budget films.

Crowd-funding is an integral part of their process and the team seeks help from friends and supporters to pledge and donate funds to aid in the production of this film. As of October 3rd, the team had received US$20,565.00 of the US$25,000 needed to create. They are currently in the green zone which means they can officially start production. However, they still need your help.

If you are in a position to help or if you know of someone/a group willing to assist, please do so by heading over to the official Perdido crowd-funding page on the Seed and Spark website. The campaign ends on October 7th.

As a child, he was the victim of child abuse and a constant target of gang violence. He associated mental illness and crying with weakness so he told no one outside of his home about the abuse. It was so intense that Bilal considered suicide to be a more viable and masculine option than seeking help or unpacking his mental state to a teacher or therapist. Up until his late thirties, he neglected his mental health and kept his anxiety, depression, and thoughts of suicide a secret. The turning point occurred during the height of the COVID-19 pandemic in 2020. The trauma he suppressed was triggered by the inundation of images of Black men being brutalized by police.

“I experienced PTSD-like symptoms every time I heard George Floyd’s name on the news or saw footage of him dying. I even began to have flashbacks of the trauma I experienced as a child,” Muhammad shares.

Doing this meant confronting a painful past and redefining what masculinity really meant to him.

“It was at this point that I really began to heal. I decided that I should share my story and show Black men how rewarding mental health treatment can be. This is the inspiration for Perdido -- removing the stigma of mental health and showing Black men that they don’t have to suffer in silence,” he says. 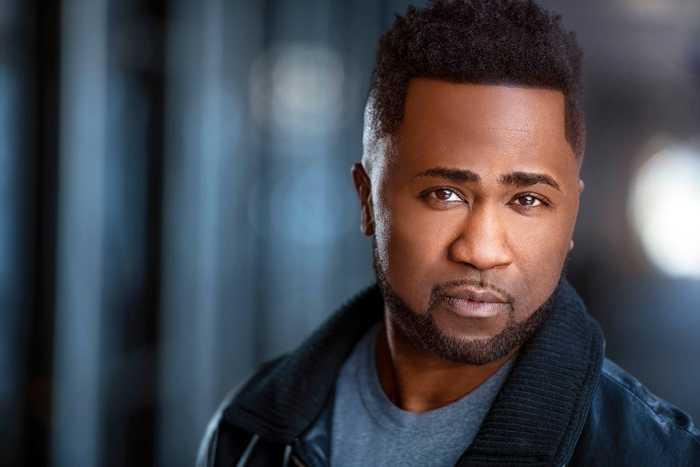 On this International Women's Day, Maisie Brown and women like her deserve recognition and continued support as they go through life refusing to be victims. This two-time cancer survivor ... Read More »

How do you inspire children to be brave and go for their dreams? You do so by teaching them about brave people who have accomplished great things in their lifetime! Read More »